Every woman who has ever been presented with a career/sex quid pro quo in the entertainment industry should come forward and simply say, “Me, too.” Alissa Milano

“#Me Too”, the 2006 dormant  hashtag explodes in October 15th, 2017, to 4.6 million tweets and uses, Facebook posts and shares – in just one day . In just one month it spreas to 86 countries. Is this the first time ever that we hear about widespread sexual misconduct?

It’s been barely one month since The New York Times’ article containing allegations of sexual misconduct by film producer Harvey Weinstein, and women – men, too – reacted like never before to a social issue. A tsunami of denunciations of all sorts of blamable acts performed by men against women (with some exceptions) brought to our awareness all levels of unhealthy and demeaning attitudes. The open truth hit us all with the force of a tidal wave, and high-placed, important heads have been pulled out from their previous place of power like bad teeth.

But why this reaction, and why now? We used to be quite familiar with the way things were, we were OK with bosses pinching women’s derriere inside the meeting room. Nobody was as naive as to imagine that in the case of Clinton and his internship Monica Lewinsky it was she who begged him on her knees, as nobody was naive to believe that those accusations made against Trump before the elections were unfounded. There has been also the  2011 DSK (Dominique Strauss-Kahn) scandal. For having sexually assaulted a hotel maid in New York, the man payed it heavily, he’d lost his position of manager director of the IMF and an almost certain nomination at the French presidency, lost in favor of Francois Hollande in the coming year.

However, none of these pushed, like now, millions of women to stop hiding and come forward with their suffered experiences. What caused it this time? It could be that women are feeling more liberated now in 2017 than they have ever been in their lifetime – in any case, less exposed to shaming and to criticism than they used to.

As a woman, I acknowledge that I have been confronted to all sorts of “manly” attentions, from the mild level and up to the hard one, when I had to ask my husband to intervene. Was I provoking it – their attention, I mean? No, not in the least – I have never thought of myself as someone fatally attractive and irresistible to men. At best, when I didn’t feel insulted by the pressure after saying my stern “no”, I felt mildly satisfied: “Oh, I am turning heads, too.” We are all men and women after all, and there are ways of manifest admiration while still remaining in that respectful zone. I find it natural that a man looks at a woman with certain admiration or gallantry. Women do it too, these days, or am I wrong??

By saying this I’m not justifying men’s abuse of position, power and influence to illicit needs or pleasures – by all means, women should feel free to invite or reject the man or the behavior that they consider unsolicited.

At the same time I would also caution women against using this sudden window, or platform, against incriminating for the sake of incriminating – we wouldn’t want to be transforming our legitimate ailments into wizard hunts, and neither should we abuse this opportunity to settle old accounts with someone who’d hurt us, or caused us some damage in ways unrelated to sexual misconduct – let’s keep things in their separate boxes. If just one or two things like these would happen, it is enough to throw the whole legitimacy of the cause down the gutter – beware of the ill-intended intruders and of political manipulators.

Women have their own part of responsibility for the way things are; in as much as it is true that women ARE being forced to suffer unsolicited attentions, there are also women who  are using their charms in plays of power, in all awareness, to easily climb a hierarchy, to get specific favors, to satisfy specific interests. And this is why I’m not sure that this “me too” meme is all about men abusers and women victims; what about the women in power, also found on the lists of abusers?

An other issue would be that society has always been overly permissive to certain attitudes, deemed totally appropriate and fit for an overt patriarchal context. After all, we have inherited millennia-old patterns of culturally accepted behavior with inflamed gods chasing and impregnating unwilling goddesses . And who dares to go back and watch those old, once endeared movies in any culture, American, French or Italian cinema, with favorite male actors engaged in actions and attitudes that sparked our grandmothers’ admiration, but which would make a girl these days go straight to the police section? How much right do we have now to judge and hit back at actions that were socially appropriate only thirty, or even ten years ago (except, of course, rape and violence that were not, for sure)? Therefore, I find it the more amazing that this something that we even didn’t dare dream to achieve, this sudden awareness to misconduct, we are achieving it, right now.

I believe all this is mostly a social awakening. We need to clarify what can and what cannot be appropriate, to draw the red line between what is acceptable and what isn’t. We need to get rid of this concept of short-cuts to pleasure, in men’s case, or of short-cuts to ascension, in women’s case, we need to start building a culture of fair-play. We should all climb the stairs of prominence and find social empowerment not through “stealing” others’ dignity, not through selling or buying pleasures at the office and inside institutions with destinations other than the designated facilities for that.

But I can see even a bit further. Misogyny and men’s misconduct against women may seem pale issues in confronts to other burning ones like pedophilia, forced prostitution, slavery and warfare, malnutrition and endemic poverty, irresponsible use of science in the detriment of Nature and natural. I see these issues as shameful enough not to be compatible with the ambitions of a society ready for the upcoming, “robotic” era, now that the take over of the artificial intelligence is imminent – oh, yes, this is the kind of intelligent beings that we are: we keep on focusing on one burning issue while disregarding all other burning issues, incapable of beholding the larger scale of things. Fact is that while we are still sorting out our dirty laundry, AI is forcing its way into our society at an exponential speed, on the pretext that we have become so blind, so dumb and vile, compared to its Superiority, that only Its Highness, a higher than human intelligence could put an end to all our ailments. And some guys who know their stuff, guys like Elon Musk, Stephen Hawking or Bill Gates keep warning us against it, together with being “inevitable.” Wouldn’t this be way scarier than any man/woman/child/nature/religious/human-right abuse?

And this is why any victory against our shadow nature, any rise in consciousness at the level of our society is a giant victory. But are we awakening at the necessary speed, before things get totally out of control? 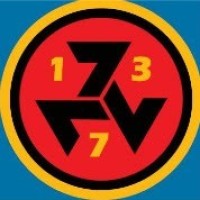 In as much as this blog's main purpose is to expose and inform, yet in the deepest core in my heart are my book projects: how and what I write. Do I write well enough to achieve heart-to-heart communication - but intellectually and artistically satisfying as well? Well enough as to absorb my reader into my journey of self-discovery and make him/her feel it's his/her own journey? Well enough to touch those collective chords that make us all vibrate like one? These writing projects are as dear to me as my own three wonderful children: shall I have one day enough confidence, enough strength of heart as to make them fly on their own? I wish you can tell me your honest opinion - it does matter to me.
L'Informateur.